Opting Out of ICSID and BITs: Legal and Economic Effects

The purpose of this article was initially to review the countries that had left ICSID, terminated BITs, or refused to enter into ICSID or to conclude BITs, to determine the reasons and mechanisms behind their decisions, and finally to ascertain whether these decisions made sense from an economic point of view. The focus was in particular on the South American countries and Australia.

This proposed regulation aims at clarifying the division of competence for financial responsibility between the Union and Members States when the Union or a Member State is sued by an non EU-investor in the context of investor-state dispute settlement proceedings. Following the entry into force of the Lisbon Treaty, foreign direct investment is included in the EU common commercial policy. Of particular importance is the Parliament’s acknowledgement of the current uncertainty relating to the inclusion of investor-state dispute settlement mechanisms in Treaties negotiated by the EU.

Invalidity of arbitration agreement when lack of choice to refuse it

The Commission’s factsheets: a declaration of faith in the EU BITs world?

The course of this year was marked by another event that ended up to be much ado about nothing, the order granted in the matter Slovakia v. Eureko by the German Federal Supreme Court according to which the proceedings before it were redundant. These proceedings, in which the Commission had intervened to support the position that the arbitral tribunal lacked jurisdiction, had been brought by the Dutch company Eureko against the Slovak Republic under the Dutch-Slovak BIT (thus an intra-EU BIT). The arbitral tribunal held that it had jurisdiction because the BIT was fully valid and had not been terminated by the Slovak Republik’s accession to the EU.

The Trouble with Salini: Criticism of and Alternatives to the Famous Test

The famous Salini test, commonly used to determine whether an investment exists, has been put under heavy scrutiny by recent arbitral awards. The present article discusses these awards and their consequences, starting with an explanation of the history of the Salini test and the reason why this test was proposed in the first place.

For the first time, the Supreme Court sets aside an arbitral award on grounds of substantive public policy

On 27 March 2012, the Swiss Supreme Court set aside a CAS award in the matter Silva Matuzalem v FIFA, holding that the ban on any football-related activity imposed on Matuzalem was contrary to Swiss Public Policy. This decision is of major importance since it constitutes the second decision in which the Swiss Supreme Court annuls a CAS award on grounds of public policy.

Two major events have taken place recently regarding the situation of Bilateral Investment Treaties concluded between European Member States (“Intra-EU BITs”) and Bilateral Investment Treaties concluded between an European Member State and a State not Member of the EU (“Extra-EU BITs”). The fate of these agreements was surrounded up until now by a veil of uncertainty.

Pakistan Enacts A Statute To Implement The ICSID Convention

The Islamic Republic of Pakistan is not foreign to defending investment claims. In order to restore investors’ confidence in its country, the Pakistani government has enacted on April 28, 2011 a law to secure foreign investment. The International Investment Disputes Act (the “Act”) has been qualified by the Pakistani president, Mr. Asif Ali Zardari, as “a giant leap forward” to create confidence amongst foreign investors.

Sports Arbitration and Due Process: The Sequel

In a post dated March 2, 2011, I reported about a Swiss Supreme Court decision of February 20, 2009 where the Supreme Court had confirmed a CAS award which deemed an appeal withdrawn after the appellant had failed to pay the advance on costs. As it turns out, about a month after this post, the saga continued with the Supreme Court rendering another decision related to this matter.

Sports Arbitration and Due Process

Sports arbitration gives rise to a specific concern with respect to the issue of consent. Often, athletes find themselves before arbitral tribunals whose jurisdiction was not directly chosen by them, but to which they are attracted for the sole reason that they signed an agreement with a federation which submits its disputes to arbitration. 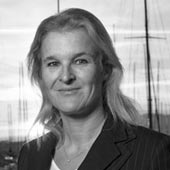